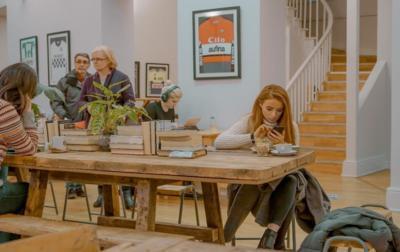 What is coliving? Who is it for?

Coming directly from the United States, this new way of "living together" is all the rage in the French real estate market. This new form of housing is increasingly popular with young workers and students, exhausted by a real estate market that is too inaccessible. Indeed, coliving mainly targets “millennials”, and could be described as being a hybrid form of flatsharing and coworking. Like the latter, it meets the new professional and rental needs of young working people, bringing together both the professional and the personal. Thus, most co-living spaces offer work rooms, gyms as well as common living spaces.

Coliving is so successful that it can take many forms. Some private student residences include a coliving offer within their rental stock, which can then be interpreted as a modernization of flatsharing. It is therefore necessary to distinguish these offers from purely coliving-oriented housing. Coliving is generally based on "all inclusive" rentals: rental charges, administration fees, and sometimes even home insurance are included. This modus operandi could explain the rents charged, which are higher than in the traditional real estate market. These accommodations require a lot of space, and are for the moment based on the outskirts of large cities, with limited access to public transport. As we have seen, this concept emanates from the United States, but European cities do not have such a vast urban space to develop such real estate projects. The question therefore arises as to whether, if this trend continues, measures could be taken to facilitate the establishment of these residences in the city.

This "living together" recalls an American model imported into Europe, via a globalization of the economy, but also via television series and other cultural phenomena with worldwide success. The latter show an embellished image of community life, the main audience of which are millennials. A question, very often asked, comes up: coliving, coworking, etc. Are we heading towards an Americanization of life in Western Europe?

Coliving: Utopian promise or a real solution to tenant difficulties?

One of the biggest advantages of co-living is that a tenant can find accommodation based on their interests, both professional and personal. Many of these accommodations offer services or even entire themed houses. For example, the residency may specialize in the field of cinema; tenants can then benefit from a home cinema and movie nights. There may be residences specializing in sports, cooking, the environment, etc.

Since the watchword is "living together", it is important to make sure, from the start, that residents get along as well as possible. So, in order to bring together the "right people" who are most likely to bond, some co-living groups conduct interviews before accepting applications. Although this promises future roommates a “good atmosphere”, it adds another step to renting in an already very competitive market.

However, co-living responds to these difficulties by offering very flexible leases, closer to hotel reservations than standard rental leases. This formula, borrowed from the holiday rental market, evokes professional and rental instability among young people in France. The future tenant can most often choose his date of entry and exit, or even book online without any visit or administrative procedure. The duration of the leases is in an average stay of 6 to 8 months, that is to say the duration of a semester or an academic year. In addition, very few residents continue their stays beyond one year. This is an advantage for young people, who often have to be mobile as part of their studies, internships or professional assignments.

But wouldn't this facility to rent online tend towards the creation of a "living space market"? Indeed, the residents are no longer tenants but “colivers”, the first to arrive are now “founders”. Doesn't mixing work with personal life lead to hyper socialization and a society even more obscured by work? Is wanting to share all your time with others really desirable? It is surely too early to answer these questions, but we could still see there a real desire to homogenize tenants and the real estate market.

Finally, we could see coliving as a response to the progressive isolation of different social groups. According to a study published by BVA, 66% of people under 35 say they feel lonely. In addition, the restrictive measures put in place following the health crisis have only increased the need for socialization. We would have thought that the health crisis would slow down the sharing of space, but on the contrary, the real estate groups concerned have been able to cope with the difficulties linked to "living together" in times of Covid. According to the Coliv group, operators specializing in coliving recorded a 10 to 12% drop in occupancy, unlike the hotel stock, which fell from 100% to 23% in the space of 15 days. And this success is only growing if we are to believe the multiple coliving booking sites that display closed availability and long waiting lists.

A flexible solution to the changing needs of an increasingly globalized and human-focused population, or a marketing response to the precariousness and loneliness of the youngest? Whatever one thinks, coliving is a symbol of a youth lacking social, economic and professional stability. We can only hope that it will resolve these difficulties which are very present in the lives of young workers and students, in an economic and social context that is becoming increasingly difficult.